Toxic employee, the Superstar Boss and the Lazy Jerk who does it all. 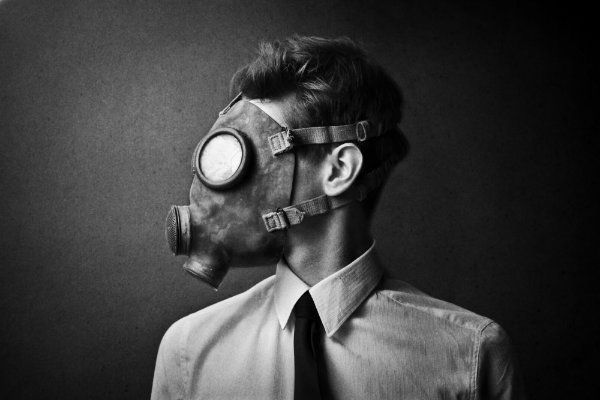 Superstar employees are like a true obsession in the nowadays business world. In most situations they are given the most attention needed, they tend to be sought after and quite often get the best opportunities while enjoy the sweet rewards. They are always loved and hated. And that drives the unique stamina behind their growth in the business world. High performers have been estimated to be four times as productive as average workers tend to be. Another interesting fact is that a research has shown that they may generate 80% of a business’s profits, attract other star employee and expand the client’s portfolio in rapid and efficient moves. But according to a recent research done by Harvard Business School another group of people can have even greater effect on business organization. Whoa! That is getting really interesting indeed!

If you were the toxic one, would you even now it?

These are talented and productive people who engage in behavior that is harmful to the business organization. The study examined employees and other individuals who have been fired for egregious violations (those include abusive behavior, arrogant attitude, sexual harassment, fraud, etc). The study found that avoiding such people can save companies even more money than finding and retaining a Superstar. And here we have a paradox.

The study compared the cost of a toxic worker with the value of a superstar performer. It was calculated that avoiding a toxic employee can save a company more than twice as much as bringing on a star performer. So you might be willing to step carefully on that thin ice and investigate properly the situation you have in your business organization, team or focus group working on a particular project.

Bad guys often win at work because they have other valued traits.

On of the greatest management challenges comes from the natural tension inherited in every business organization. You have to remember that people are brought together because of their variety of set of skills. It is exactly those various set of skills that carry out a complex activity or a project. On the other hand this very same variety inevitably leads to a critical fragmentation of the organization. So how do you ensure that relevant information gets transferred between two parts of a an organization? How do you encourage your team and colleague to compete for scare resources available and work together? The answers to such questions are hold in line with the organizational charts of a business organization and all the relevant pillars of a business engine driving on the progress highway.

Jerks who can be charming when they wish – but also choose to do so only when convenient – may respond to incentives.

One of the businesses coworkers (details are hidden) in the office, was making things difficult for the General Manager of the project the company recently won. “He would often agree to a plan during a meeting we hold but then later on sabotage it by not following through” it was pointed. The employee defended himself by saying things like: “That’s not how I remember it” or “I didn’t think we had finalized the plan”. He tried to talk about these “misunderstandings” with him but the situations was going nowhere. “He would say he was always busy or didn’t have time to talk” was the common excuse stated. He was very talented though, very skilled and extremely bright specialist adding great value to the business.

When the situation escalated and more people were involved, it was obvious that the project hadn’t been processed properly because of the strange dynamic that occurred. Other people stated that they have seen behavioral issues as well. Together they made a plan to make the problematic employee more accountable. “He and the manager agreed that he would publicly ask for a volunteer to take notes on each meeting, who would be responsible for accomplishing each task and fix a deadline. Then three people volunteered as their work results were directly affected by the actions taken.

And the approach worked. After the task list was drafted and made public no one could make excuses of similar kind as before. The person was accountable to everyone who attended the meetings. The solution actually helped everyone in our department be more productive and is something that should have been done long time ago.

Superstar Bosses are not only risk takers but also charmers who can convert the masses with their rhetoric.

When people need help completing complex projects, they select the colleagues best able to do the job with rather than those who they like? Right? Quite wrong! When facing the choice between a “competent jerk” and a “favorable fool” as a colleague or partner in a project people usually opt for likability over ability. Sad but true as this is quite counter-productive in the long term for any business process. The good news are that there is a strategic approach towards this issues. As it is not not only your business or personal situation to be of a similar case.

So why do I feel like a kindergarten teacher?

Find the beauty and the magic in toxic employees and toxic feedback. In general feedback, even if it is biased, rude, honest, irrelevant and so on is tremendously needed by any manager or leader. That is like the breakfast you have to eat every morning. The trick is learning to extract and decode the meaningful stuff and turn it into something usable and efficient to you, the source of the feedback and the business organization as a whole. There are managers who like to deal with low-quality feedback by ignoring it or becoming defensive. Such managers are like a bomb to explode and no matter how great qualities they may have aside, the ability to build talents and unite teams is of a vital essence to the business organization. Ignoring feedback can lead them to dismiss all negative options about them-self. Defensiveness can be even more dangerous because it angers and alienates those who would give feedback. It is the fact that effective delegation – a fundamental pillar of any business – would not be well structured and result focused if the above statements are face at first place.

"Fall in Love with Challenges!"